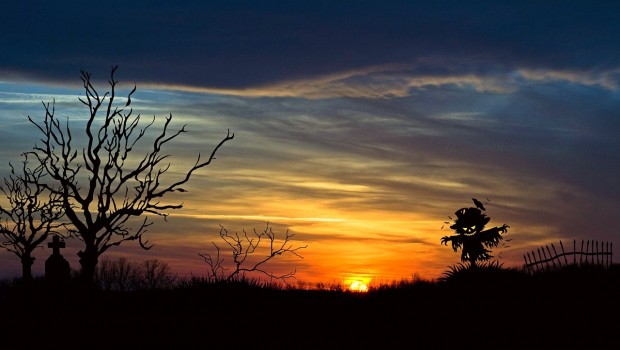 My short story “The Tattiebogle” has won a prize in The Ghost Story Supernatural Fiction Award. – you can read it on The Ghost Story website here. It was announced today, Halloween, so it seemed an excellent time to post my first blog, and welcome those reading it to my website!

The story is based on an old folk tale set in Aberdeenshire, in a place not very far from where I now live. It was one of many told by well-known and respected Scottish storyteller and singer Stanley Robertson who was born into a traveller family rich in tradition. I first came upon a written version of the story in a book called Aberdeenshire Folk Tales, in which authors Grace Banks and Sheena Blackhall assemble a wonderful collection of local legends. The Tattibogle really stuck with me, though. I wondered what had become of him. Was he rotting away, lifeless, in a corner of an abandoned field? Was there a way he could be brought to life again…?

The last time I won a prize I was 10 years old. My story was about a little girl who finds a cat that is really an alien in a junkyard and helps it get back home. The next one was about saving the last Unicorns (before the movie came out!). So I guess I’ve liked writing fantasy/science fiction for a long time. I blame the adult who thought it would be a great idea to give an 11-year-old a compendium of horror stories for the beginning of my fascination with a darker genre. The book in question contained The Omen, Rosemary’s Baby and Salem’s Lot. My eyes were bleeding by the time I finished it. I couldn’t read it after dark. But I loved it and re-read it and still have it in my possession now, some 30-odd years later.

I grew up in Australia where we have some spooky places. The deserted outback, haunted waterholes, crumbling remains of convict jails. But in my opinion it’s hard to get truly scared by ghostly possibilities when the local wildlife usually poses a more imminent and real danger to your well-being. Now I live in Scotland where the cold and the dark, the sea haars and freezing fogs, the castle ruins and stone circles all provide a wonderful setting for my darkest imaginings.

Great horror is not just about cheap thrills. It’s the stuff that makes us look deep into the shadows of our own souls, and poke about with a stick. Afraid of what might poke back.

I hope you enjoy reading “The Tattiebogle”. If you’d like to read more of my stories you can find links to anthologies that I have contributed to here on my site. And there is more to come…