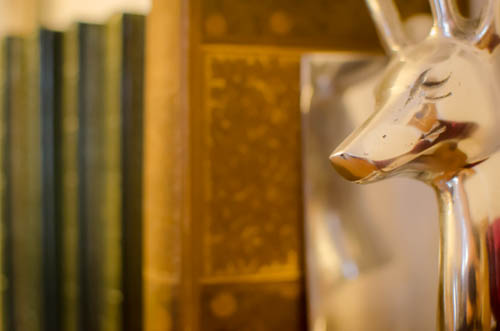 Everyone says now is a good time to be setting them, along with all the other personal goals we want to achieve in 2016. But I don’t get on so well with goals. As soon as I set one, I do my best to avoid it like the washing up on a Sunday night. I’m trying not to be too hard on myself here, but I do think it’s time I sat down and had a word with myself.

For example, I signed up to do NaNoMo (National Novel Writing Month) again this year, after only achieving 10,000 of the 50,000 word target for the 30 days of November in the previous year’s challenge. This year I did 3,000. But I was distracted by an amazing opportunity, a short story competition run by the Guardian and judged by Stephen King himself! Well, that was surely worth throwing over NaNoMo – it’s not like THAT chance comes along every day. I even had my idea straight away – a dinner party in a haunted house. Not the most original concept, I will say, but I had a twist planned to make it all my own…

I started writing this story four days before the deadline. It quickly became apparent that I had left it far, far too late both to finish and do it justice. I would be ashamed to submit what amounted to an incomplete first draft. I was mad at myself. In desperation I trawled through stories I’d already begun writing, looking for something with a bit of polish that I could tweak. In the end, I submitted a story, and it’s one I’m proud of, but if I’m honest I don’t think it was the right one for this competition.

I’m not going to give any excuses. I have them ready, I play them over in my mind most days, but excuses don’t get things done. Instead I’m going to draw a line under last year and do the only thing I can do – set some new goals, and start again.

After all, I now have the beginnings of two novels to work with, a half-finished short story, and lots and lots of ideas. So here are my writing goals for 2016, to which I shall hold myself to account at the end of the year:

These are the principal goals; hopefully I can fit some more short stories in around them. No matter what excuses I come up with, I do have the time, and now I’ve committed myself. So wish me luck, and hold me to account if you will – I’m certainly going to.

Did I mention I started back at the gym yesterday? Oh please, stop laughing. I can hear you from here.